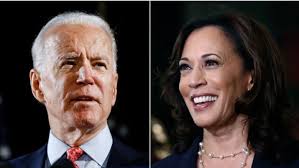 Win the Presidential election and the Senate first. If Democrats don’t take the Senate, the ball-game is over and all you get is the blame for the loss and four years of pure hell.

But winning will no doubt be the easiest problem for what lies ahead. A Democratic victory may well bring sanity and the rule-of-law to the White House, but the country is pretty much up to its neck in deep shit and that’s not going away any time soon.

Nearly half the voting public is bound to be unhappy

Unhappy is way too mild a term for Trump supporters. They’ve been lied to over the forty years since Ronald Reagan by both parties. That’s how Trump came to be elected and then he lied to them as well. I know Hillary thought it was all a bad dream, but Donald Trump’s 2016 election simply proved that if you mistreat the electorate long enough, they’ll turn on you. A beaten dog will finally bite.

So Joe and Kamala, you’ve got two years to turn around forty years of misdeeds, with a pandemic thrown in just to keep it interesting. It’s the bottom-half of the ninth inning and the second two years of your term better show some solid results or your re-election is at risk.

Winning is just the beginning

Don’t bother wasting time and money money on saving Wall Street, the Banks, the Airlines and other major corporations. Too Big to Fail is over. We have a structure in place for failed banks—it’s called the Federal Deposit Insurance Corporation (FDIC) and it insures individual deposits up to $250,000 and joint deposits to $500,000. Obama should have used it in 2008. It works fine.

As for Wall Street, you investor types are on your own. Time you all grew up and realized when the market bites you in the ass, you lose your money. Last time around we the people bailed you out and you lost our money on your way back to the tables at Vegas. Once was enough. No more.

With airlines and other large corporations, hard times they are a coming and the beady-eyed truth tellers are called disruptors. Ford and GM didn’t see the Asians coming, continuing to play golf and not paying attention to Tesla, the club’s new member, over there polishing its shoes in a corner of the locker room. The Friendly Skies of United lost their friendliness along with their leg-room and free baggage. Ever since free peanuts disappeared, it’s been a self-induced race to the bottom for an industry that abused its customers. Sorry about that. In both automobiles and aircraft, this is what the bottom looks like.

Presuming Democrats control both the House and Senate, you’re going to have to grab your moderate Democrats-in-name-only by their shirt-fronts and put them up against the wall. These are not moderate times. These are desperate times for the nation and its future as a democratic republic. As President, call your own party out publicly when they stray from the work at hand.

But as bad as things may be, there are priorities

First, we desperately need a limited-term minimum annual income for American families while we sort out all the problems brought on by Covid-19. Probably $40,000 per family to keep their ship from sinking. But it must be quick and virtually paperless. Figure out how to immediately top up family incomes and know there will be some cheats. But remember, that money is going to buy stuff or pay rents and mortgages and those expenses support the broader business climate.

Next, if you’re lucky enough to have gotten rich in America, you’re going have to pay income taxes on gross earnings in America. Offshoring either personal or corporate profits must be made illegal. Tax-wise, middle-class earners are doing the major lifting in America through payroll withholding—and they’re fed up with the Jeff Bezos billionaires coasting on their shirttails. That guillotine erected outside the Bezos apartment in New York was a very serious message.

Americans need work to support their families and there’s a lot of shovel-ready infrastructure to be built. Union-wage work, if we structure it that way. Reagan busted the unions and we need them back if we’re ever going to regain our middle class.

Federal incentives for wind and solar energy would also beef up installations on your and my roof. But the big work out there is in the commercial world and if California has shown us anything, it’s that our national power-grid is on the edge of collapse.

The Green New Deal has to move from concept to reality—and quickly. Depending upon how it plays out, there’s between 15 and 30 million jobs out there in the short term.

2016 brought an unexpected election result, followed by unilateral withdrawal from international agreements, a president divorced from reality and a Republican party frozen like a deer in the headlights. Then came a pandemic that essentially shut down much of the country, leading to unprecedented job losses and business failures. Long-term police brutality toward minorities brought peaceful protests to the streets that turned violent in what had become a gun-toting, race-baiting, loot and burn, white supremacist chaos. A lot on the plate of whoever sits in the Oval Office come January.

If it happens to be Joe and Kamala, they better be quick on their feet.